When it comes to China and Kazakhstan, it is fair to say that the bilateral relationship is not one of the most discussed or well-known in global politics.  Given Kazakhstan’s role as a major global energy provider and U.S. engagement in the region, the subject deserves more attention.  In February 2013, Ned Conway (PWC), Alexander Cooley (Barnard College/Columbia University) and Nargis Kassenova (KIMEP University) co-organized a roundtable to discuss China’s role in Kazakhstan and its implications for the region as well as the United States.  The roundtable was conceived as a follow-up to a Hollings Center dialogue on Competing Mediation and Foreign Policy in the Middle East and Central Asia (July 2012).  The roundtable was hosted by KIMEP in Almaty and convened Kazakh, Chinese, Russian and American experts for an intensive discussion of the subject.

Conway:  The idea came out of the July 2012 Hollings Center dialogue that focused on the similarities and differences between the Middle East and Central Asia.  One of the questions Middle East experts asked was about China.  China’s role in the Middle East is increasing rapidly, and they wanted to learn more about the “Chinese experience” so far in Central Asian states—China’s western neighbors.  Unfortunately, as Central Asian specialists, we didn’t have much to draw on.  While China plays a huge role in Central Asia, China’s interests in the region are characterized by misinformation, a lack of information and at times seemingly irrational attitudes towards Chinese people.

Güner:  Is China perceived differently in Central Asia than it is in the Middle East?

Cooley:  Well, perceptions can vary from country to country and by economic sector.  Central Asian officials involved in business, investment and economic regulatory agencies clearly see growing Chinese investment as a positive development. They not only welcome capital infusions and the rapid completion of large-scale accompanying infrastructure projects (which had not been funded by other international actors), but they also see China as a critical source of potential technology transfer and skilled labor.

Kassenova:  Where there may be an important difference—and this emerged in our discussions—is in the area of public perceptions about China’s activities.  Here, the fact that Kazakhstan and China actually share a border may be critical.  As Chinese investment in Kazakhstan has increased, so too have negative attitudes in the general public about China.  But these negative attitudes seem to be beholden more to sensationalist local news stories and popular stereotypes.  Nevertheless, China’s presence as an actual neighbor inevitably lends its activities political and economic undertones, even if they are unintended.

Conway:  I can add to this discussion of perceptions.  We discussed this at length in the workshop.  One concern is that anti-Chinese rhetoric may become a mobilizing force within Kazakh domestic political discourse.  It is also clear that the Chinese are tough but professional negotiators.  Once they sign a deal, they follow it almost exactly and without complaint or issue.  It also became clear that China’s predominant interest in Central Asia is stability—particular internal stability for China.  The Chinese want to ensure that the Xinjiang region stays calm, and the Central Asian states’ willingness to not meddle there is key.

Güner:  How do Chinese investments in Kazakhstan affect the role of the US there?

Conway:  Both parties share a common interest in a stable Kazakhstan.  Outside of that, the two differ quite significantly.  As was recounted in one session by an expert, “Chinese don’t go to Astana.”  Meaning that the Chinese are quite adept at solving problems locally and need not go to Astana (the Kazakh capital) when they have issues with local governments.  China is also involved in the Kazakh economy in many more ways than oil and gas.  In fact, Western oil companies have a greater share of Kazakh oil than China has.  China is involved in trade of all kinds, and increasingly, in education initiatives.

Cooley:  For the most part, the US and China have co-existed in Kazakhstan.  Chinese investment has now far surpassed U.S. investment.  Even in the oil sector, where some perceive a good deal of competition over oil contracts and concession, we see some key differences in strategies:  Chinese firms have tended to acquire small and medium-sized companies and fields, many of which are feeding the now completed China-Kazakhstan oil pipeline that traverses Kazakhstan eastward from Atyrau to Alashankou.  Most Western investments have concentrated on the “big plays” in Tengiz and Kashagan.  But even in the latter, we now see a number of Western companies pulling out due to cost overruns and uncertainty about these mega-projects’ future.  On the whole, the Kazakh government has welcomed the opportunity to balance multiple sources of investment.

Güner:  What conclusions did you reach at the roundtable? 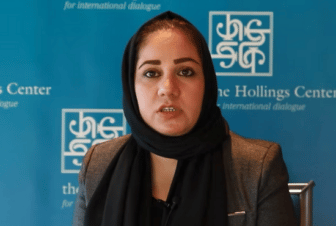 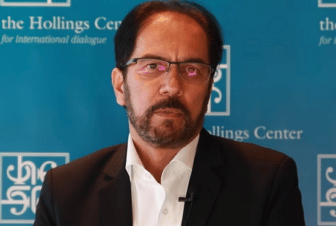